This attractive 38-hectare park is on the site of the former Weetslade Colliery. With a number of diverse habitats that feature wetland, woodland and grassland, the park is attracting an increasing amount of wildlife, including otters. Spring brings the beautiful song of dozens of skylarks to the site, while in summer the aerial shows of the swallows, swifts and martins can be seen.

Northumberland Wildlife Trust, which manages the park on behalf of the Land Trust, has recruited a growing army of volunteers who work regularly on the park and several of the park’s features have been unofficially named after some of the volunteers.

The old wagon way through which runs through the park is part of the popular Sustrans Reivers Coast to Coast route.

The park contains several important habitats such as scrub, hedgerows, marsh, wetland and reed beds. The continued improvements of these habitats will benefit many local species, including Otters, Reed Buntings and Kingfishers.

Reed beds were once common in Britain but they are now rare habitats and the many species which relied on them have become scarce.

The Weetslade reed beds were created by British Flora in 2005. They are home to many species of invertebrates such as Common Blue Damsel Flies and birds such as Reed Buntings.

This space is managed in partnership with Northumberland Wildlife Trust 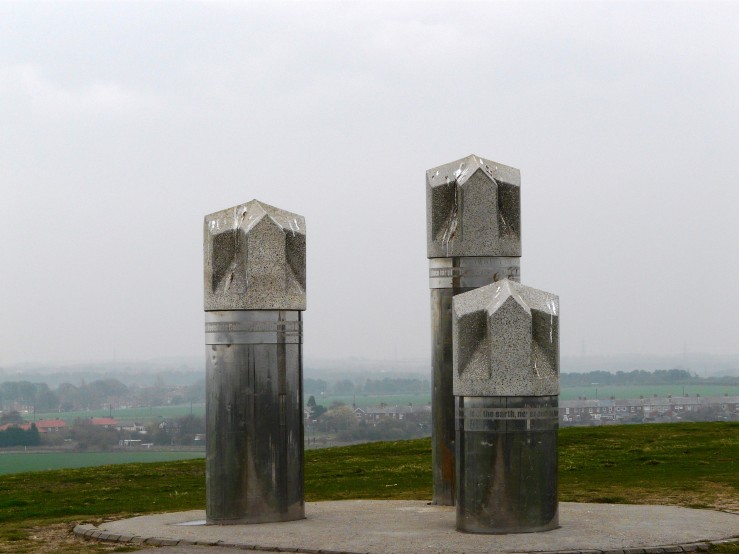 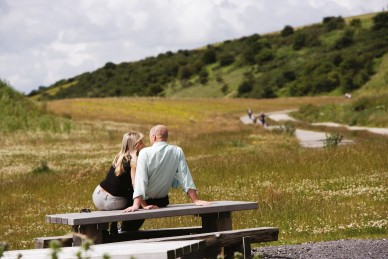 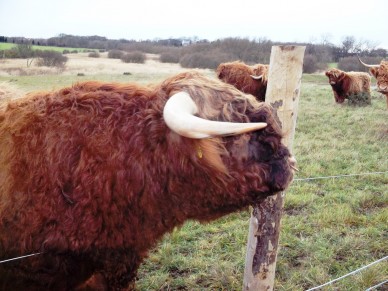 Open all year round

The Seaton Burn runs close by and it is hoped that the habitat improvement on site may result in species such as otter and great crested newts arriving. Many birds are present such as grey partridge, meadow pipit and skylark. At the end of August, flocks of goldfinches can be seen pulling the seeds out of the large stands of teasel.

This Land Trust site is managed by Northumberland Wildlife Trust with help from the local community. It opened in 2006 with the unveiling of the ‘Drill head’ sculpture which was inspired by the park’s mining past.

After 64 years of use, Weetslade Colliery closed and the site was left to recover naturally. The area was designated a Site of Nature Conservation Interest in the 1990s because of its range of different vegetation and it is now classed as a Local Wildlife Site.

After a long programme of work, the site was transformed from a redundant pit heap into a country park which includes several wildlife areas and access routes for walkers, cyclists, horse riders and wheelchair users.

The Weetslade site and local area has been associated with mining since the 1800s. The Brunton and Shields Railroad (later the Seaton Burn Wagonway) was built in 1826 through the current site to carry coal from mines in Brunton and Seaton Burn to the River Tyne near North Shields.

The railroad was designed and built by Benjamin Thompson and used slopes, fixed engines and ropes to move coal wagons at speeds up to 10mph.

Weetslade Colliery opened in 1903 and produced coal until it was closed in 1967. This coal was mainly for household use and the production of steam, with some also used for manufacturing. The deepest coal was mined from seams 350m deep.
At its peak in 1940 it employed over 1100 with most of those working underground. During its life 19 people died in the mine including five in a single explosion in 1951.

Under active management the wildlife value of the site is steadily increasing year on year with species such as the otter becoming a resident of the wetland areas. The Land Trust’s involvement in the site allows for added value activities such educational visits and health walks. Community involvement was identified as a key element of the site’s management plan and the NWT has been very successful in the recruitment of volunteers and the ongoing involvement of the community on site.

Restoration Funded by One North East with funding from the Homes and Communities Agency’s National Coalfield programme.

To contact the Land Trust about this site or how we could help manage your space please email our Estates Manager Ian Kendall or call 07786 748985.

Our other spaces in the North East & Yorkshire