The Land Trust > Who we are > Board of Trustees

The Board of Trustees is a diverse range of individuals, with a wealth of experience and skills that help us run the charity.

Our Trustees are normally appointed for 3 years before reappointment, up to a maximum of 9 years.

Our Board meet 4-6 times a year to discuss key strategic and operational issues. The Land Trust produces Statutory Annual Report and Accounts in line with Charity Commission requirements along with a printed summary. Our Annual General Meeting, which our Members attend, usually takes place in the third quarter of the following financial year.

The Board is supported by a Committee structure with each Committee including a Chair (appointed from the Trustees) and Trustee members who report to the Board.

The Land Trust has four Committees which assist the charity with its work. 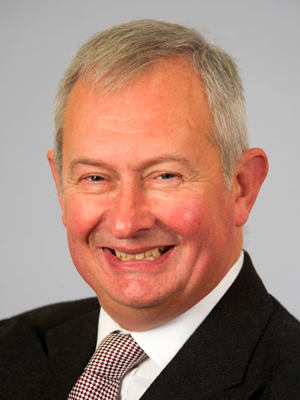 William (Bill) Hiscocks has over 30 years’ experience of working in financial services. After graduating from the University of Edinburgh with a Bachelor of Commerce, Bill joined the private equity group 3i (then called ICFC) in 1981 and was both an investor and a portfolio manager for over 21 years. He worked in a number of locations in the UK and also the Channel Islands and Asia Pacific. From 2003 until 2012 Bill was a private banker and was employed by two European banks.

One of Bill’s many interests is conservation and he was honorary treasurer of Fauna and Flora International from 1998 to 2000. Bill now acts as trustee for a number of organisations. 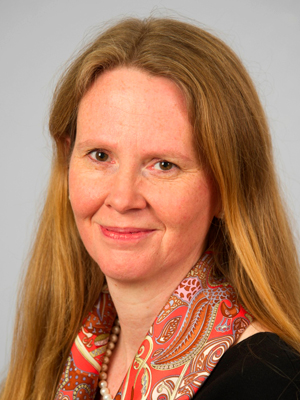 Sarah Whitney brings financial and property expertise to the Land Trust. She is a chartered accountant and former investment banker who has specialised in real estate for much of her career, both as a corporate finance partner at PwC and then heading the Consulting & Research arm of DTZ. Sarah subsequently established and led the Government & Infrastructure practice at CBRE.

Sarah holds a Visiting Fellowship at the Department of Land Economy at the University of Cambridge, where she teaches on planning, regeneration and development. She is also a Lay Member at University College London, where she sits on the Finance and Investment Committees. 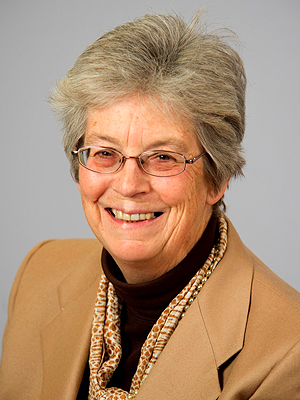 Dinah Nichols was appointed to the Board of Trustees in June 2010. She is currently a Governor of Plymouth University and a Trustee of the South West Lakes Trust. Previously she was a Crown Estate Commissioner; a non-executive Board member of Pennon Group plc (South West Water and Viridor Waste) and of Shires Smaller Companies; and Chair of the National Forest Company.

In her full time career in Government she was Director-General Environment with responsibility for international, EU and domestic policy on sustainable development, climate change, waste and environmental quality, and she also held senior posts in housing, property and regeneration.

Dinah has also been Chair of Groundwork North London; a founder member of the Carbon Trust and the Travel Foundation; a Board member of Toynbee Housing Association; and served on the Policy Advisory Committee of CPRE.
She is a Liveryman of the Worshipful Company of Water Conservators and the Worshipful Company of Musicians and an Honorary Fellow of Royal Holloway and Bedford New College, University of London. 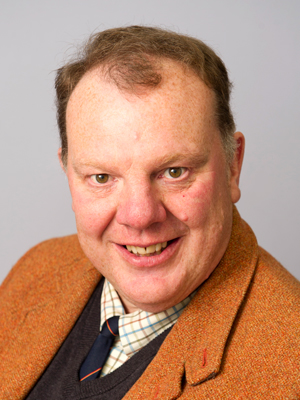 Simon MacGillivray was appointed to the Board of Trustees in June 2010. Simon has had a varied career working in a range of diverse occupations ranging from the banking sector to the NHS. However, in the past thirty years he has been working within the environmental and forestry sectors, holding a number of senior executive posts within environmental organisations working across the UK.

Simon is a Chartered Forester and oversees the forestry and woodland management on a number of Scottish estates as well as being Senior Vice President of the Royal Scottish Forestry Society, the oldest English speaking forestry society in the world. He also hold directorship in Cashel Native Woodland which extends to over 1,200ha near Loch Lomond and sits on a number of forestry committees as well as the Local Access Forum dealing with access issues under the Scottish Land Reform Act 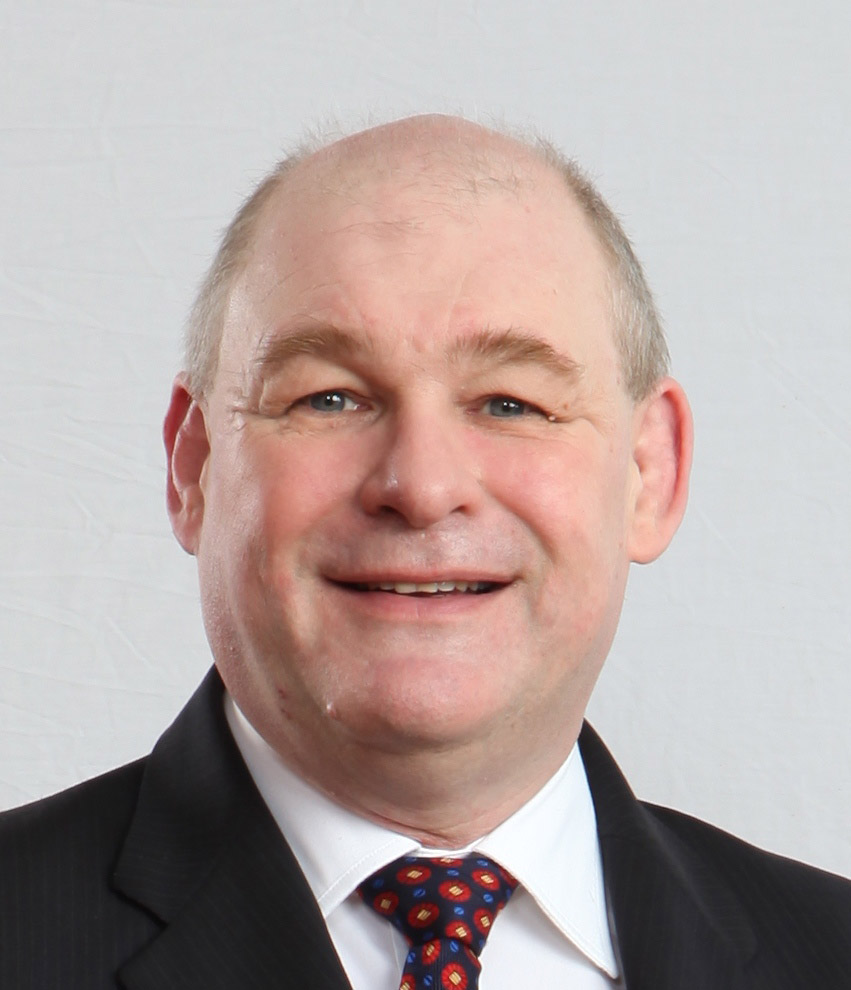 Appointed to the Board of Trustees in May 2016, Tom has been operating as a senior executive, providing guidance and advice to the Boards of three FTSE 100 PLCs for over 15 years, following a 16 year career, since qualification, in an international law firm.

A media trained issues manager and governance expert, Tom has been a Financial Conduct Authority approved non-executive director of Factories Mutual Insurance Limited, a subsidiary of FM Global, and Chair of its Risk Committee since 2011. He is Company Secretary to the Board of the Manchester Airport Group and a member of its Executive Committee, with line management responsibilities for its Internal Audit, Risk and Insurance and Health and Safety functions. He is also a Member of the Law Society.

Between 2002 – 2007, he was a Trustee of a UK pension fund, managing circa £900million of assets. He was also a Non-executive director of the Solicitors Regulatory Authority (SRA) and its Professional Standard Financial Resources and Regulatory Risk Committees between 2009 – 2014.  Tom also undertook the role of General Council and Company Secretary at United Utilities Group PLC between December 2007 – March 2011 and General Counsel and Company Secretary, Barratt Developments PLC between  April 2011 – January 2016. 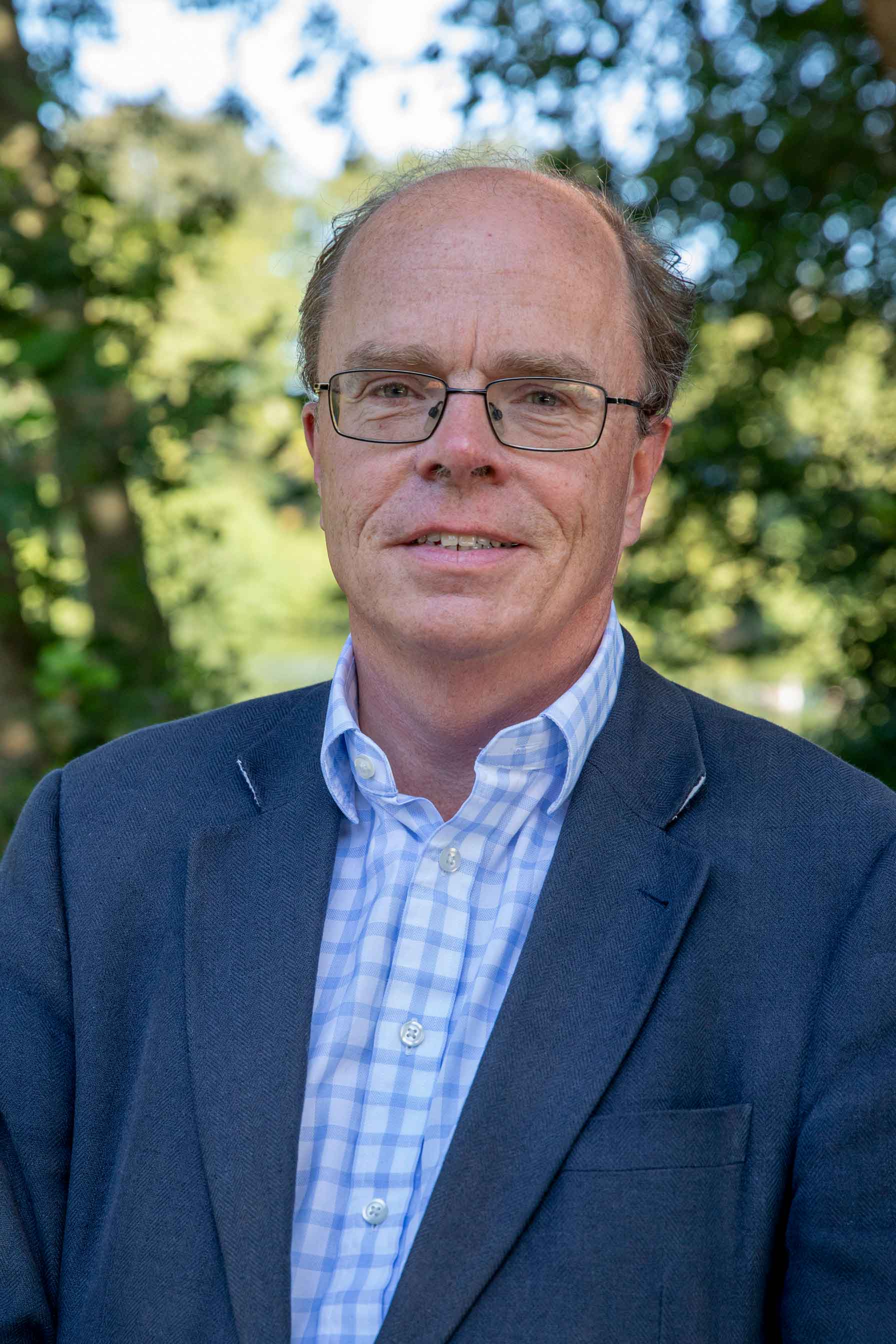 Patrick is a Chartered Accountant, with 20 years’ experience of investment banking and mergers and acquisitions. He currently runs the property finance business of Fox Investments and was previously Investment Director of a FTSE-100 company.  Patrick is also a Council Member of the National Army Museum and a Trustee of Battersea Dogs & Cats Home. 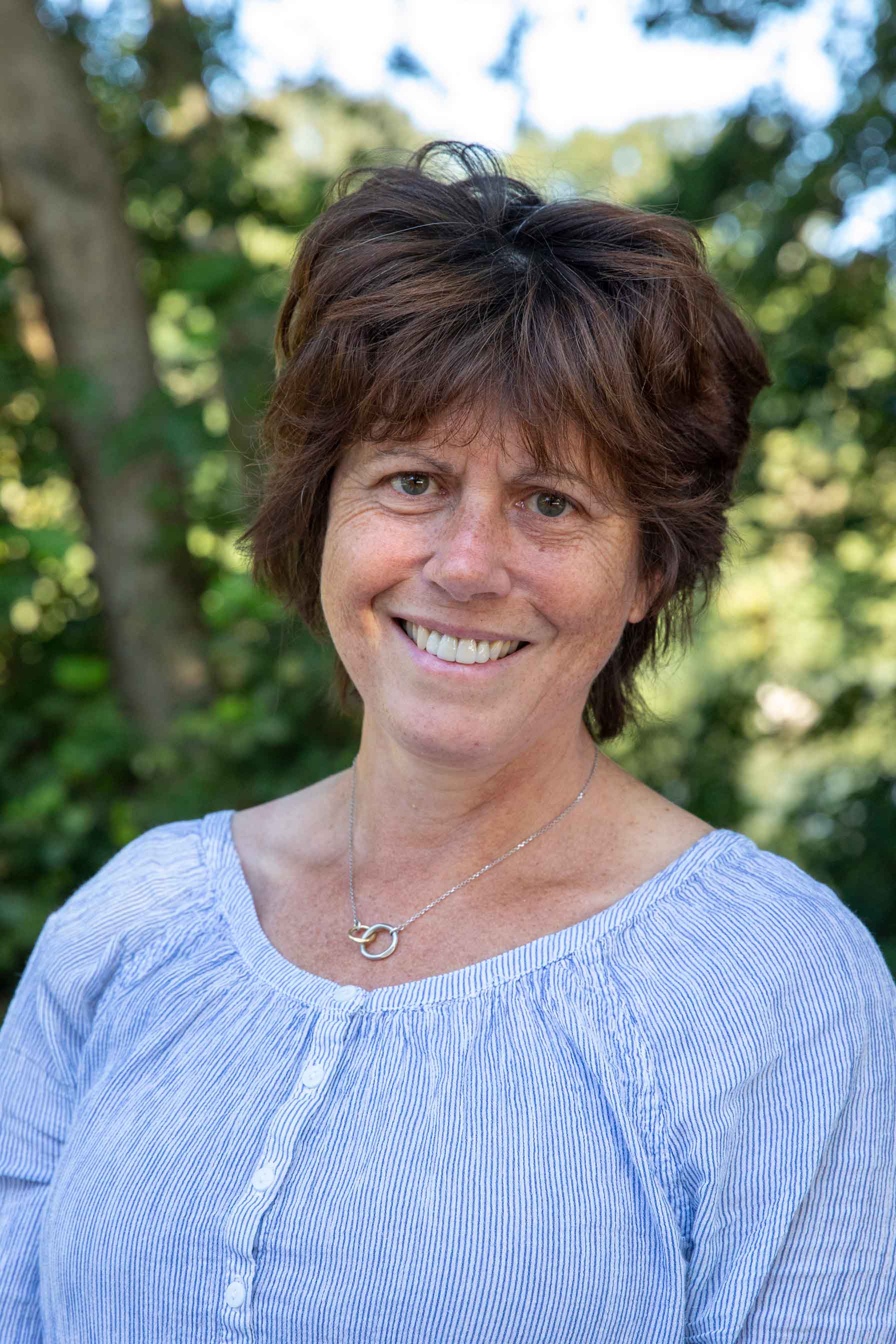 Janet has had an academic career and brings experience in university management, biodiversity and the environment. She is currently Professor of Sustainability and Leadership at Manchester Metropolitan University.  Janet is a Fellow of the Royal Geographical Society and RSA (Royal Society for the encouragement of Arts, Manufactures and Commerce and Associate of the Institute for Corporate Responsibility and Sustainability and the International Coaching Federation. 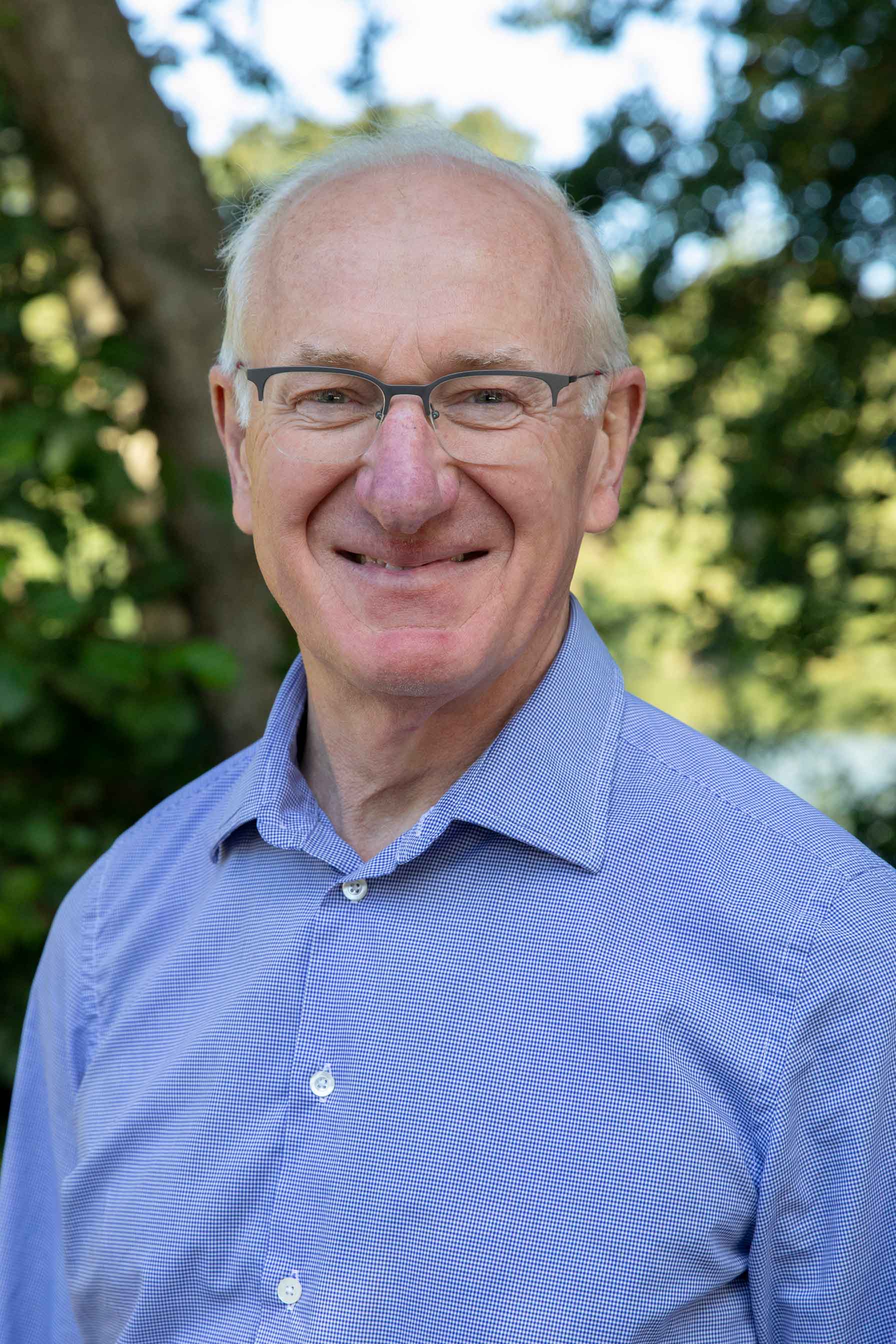 Anthony is a widely experienced property professional and Chartered Surveyor who has worked at the interface of the public and private sectors for over 25 years, setting strategy and taking responsibility for delivery. He has worked across most sectors of the market and has substantial experience of property development and major urban renewal projects. 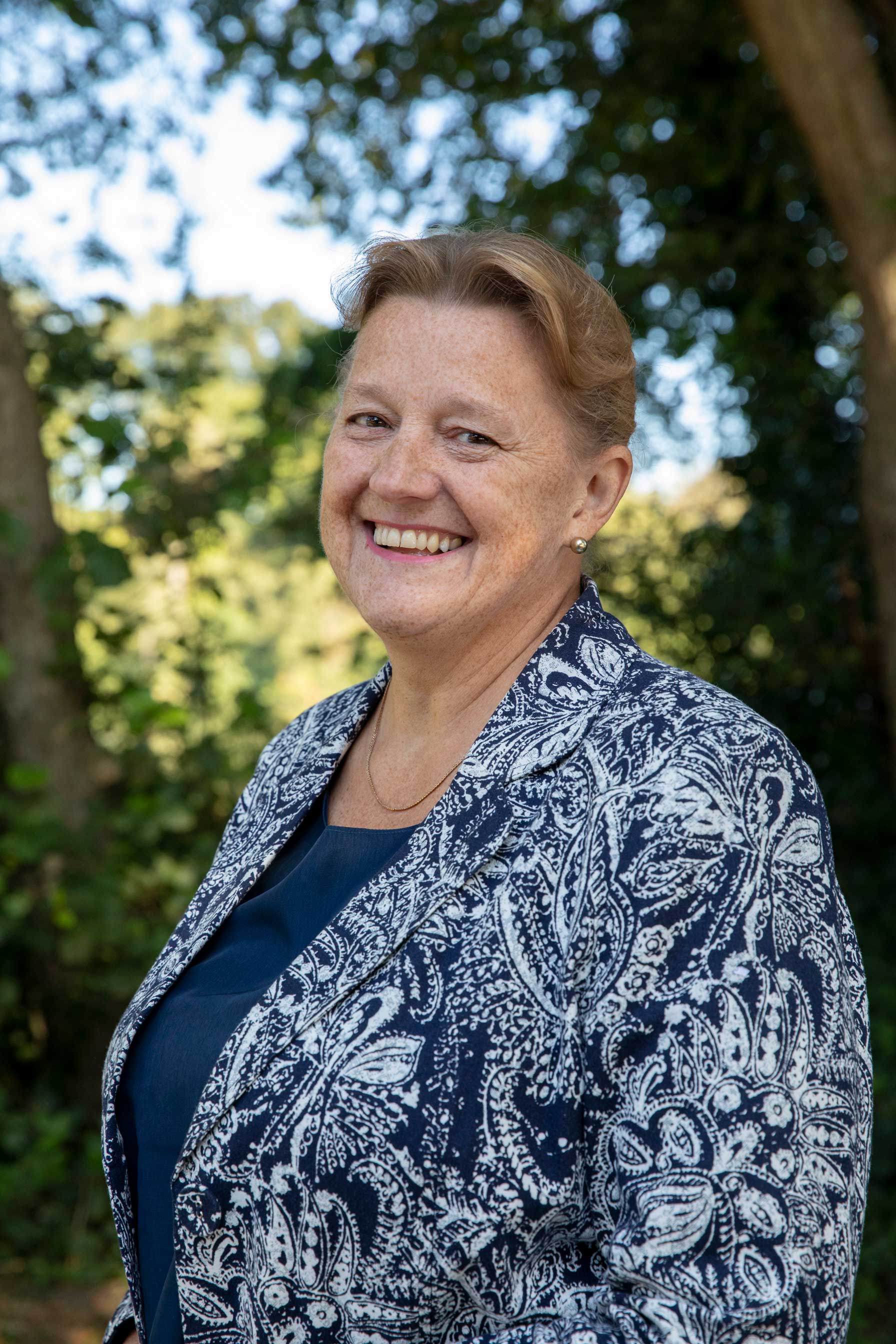 Louise Brooke-Smith is a Chartered Surveyor and Chartered Town Planner and was appointed to the board in December 2019. She has over 30 years commercial experience across the land, property and construction sectors, within the UK and overseas, inter alia, establishing a national planning consultancy. Arcadis acquired her company in 2017 when Louise became a Partner and UK Head of Development & Strategic Planning.

She stepped down from the Partnership in 2019 to take up a number of Non-Executive Directorships and international advisory positions. She had previously served as RICS Global President (2014-15)

In June 2019 Louise was awarded an OBE for services to the built environment and to diversity and inclusion – recognition for her passion for equality across the land, property and construction industries. She is a Freeman of the City of London; was named as National Construction Achiever (2015) and holds Honorary Doctorates from the Universities of Wolverhampton, Sheffield Hallam and Birmingham City. 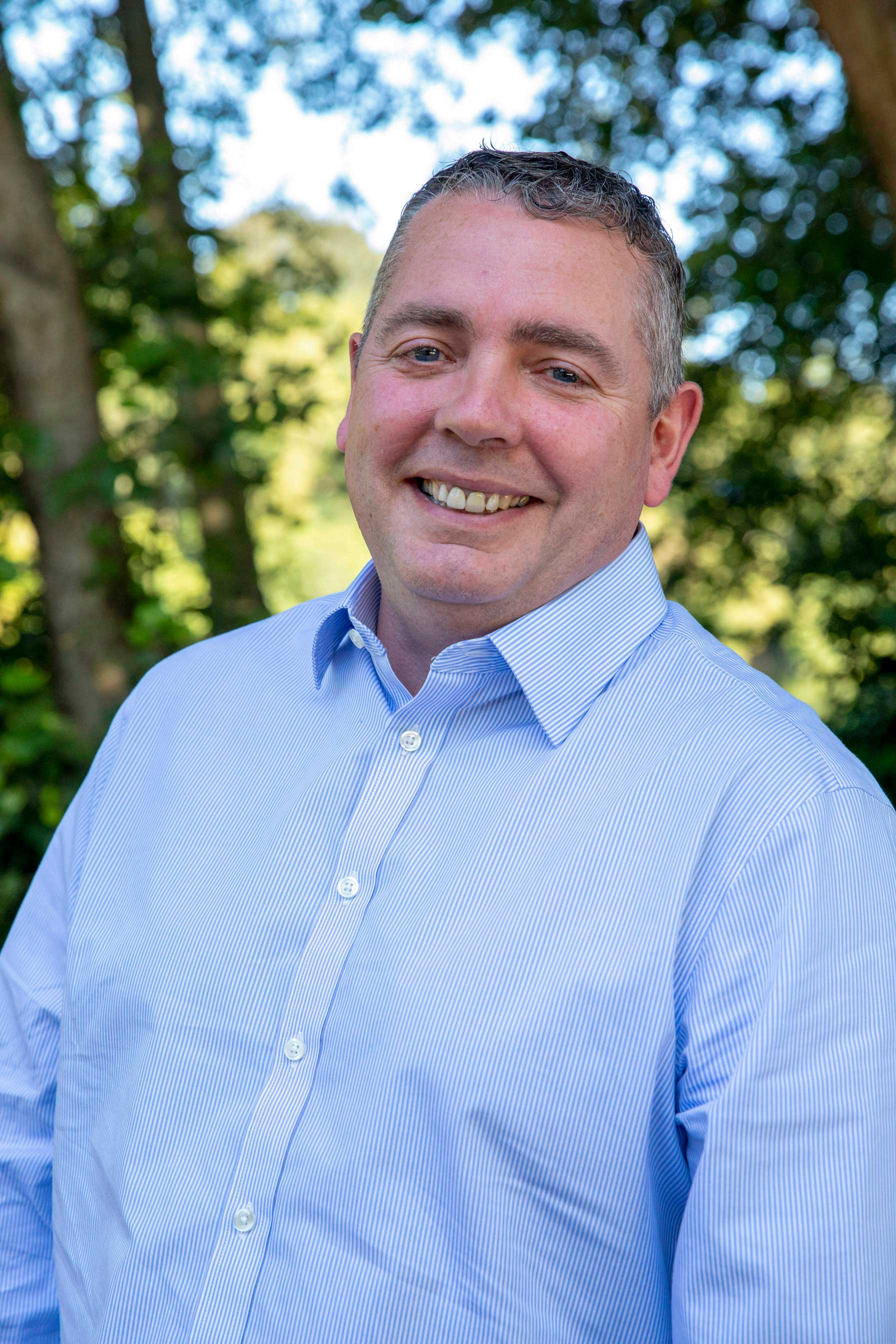 Jon Irvine, from Homes England, joined the board of Trustees in September 2019. Jon is an experienced Chartered Surveyor who has worked for Homes England (previously the Homes and Communities Agency) since 2004 in a number of roles including management of the agency’s Commercial Joint Ventures and leading the Development and Disposals teams. Jon currently leads the Contingent Assets and Liabilities and Commercial Disposals Team dealing with the resolution of historic land and property matters alongside disposals of the agency’s non-core and commercial land. 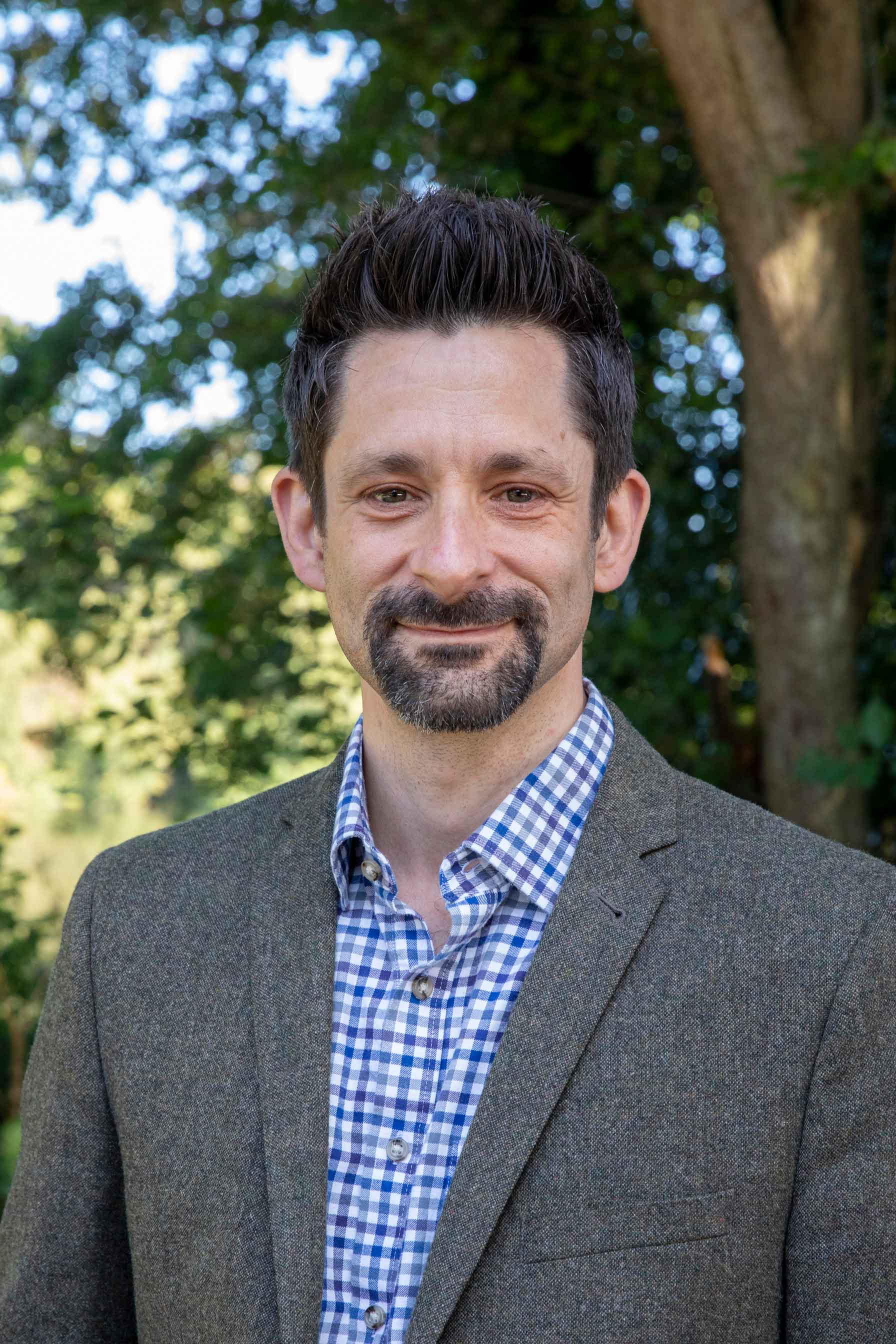 Nick was appointed to our board of trustees in December 2019.

Nick is the Research Manager for the Faculty of Science at the University of Sheffield. He previously worked on the ‘Realising Just Cities’ project, helping to co-ordinate the programme of work and the design, delivery and evaluation of co-production projects across two-city regions in the North of England. He has a PHD in the natural sciences and is also a qualified Chartered Surveyor. 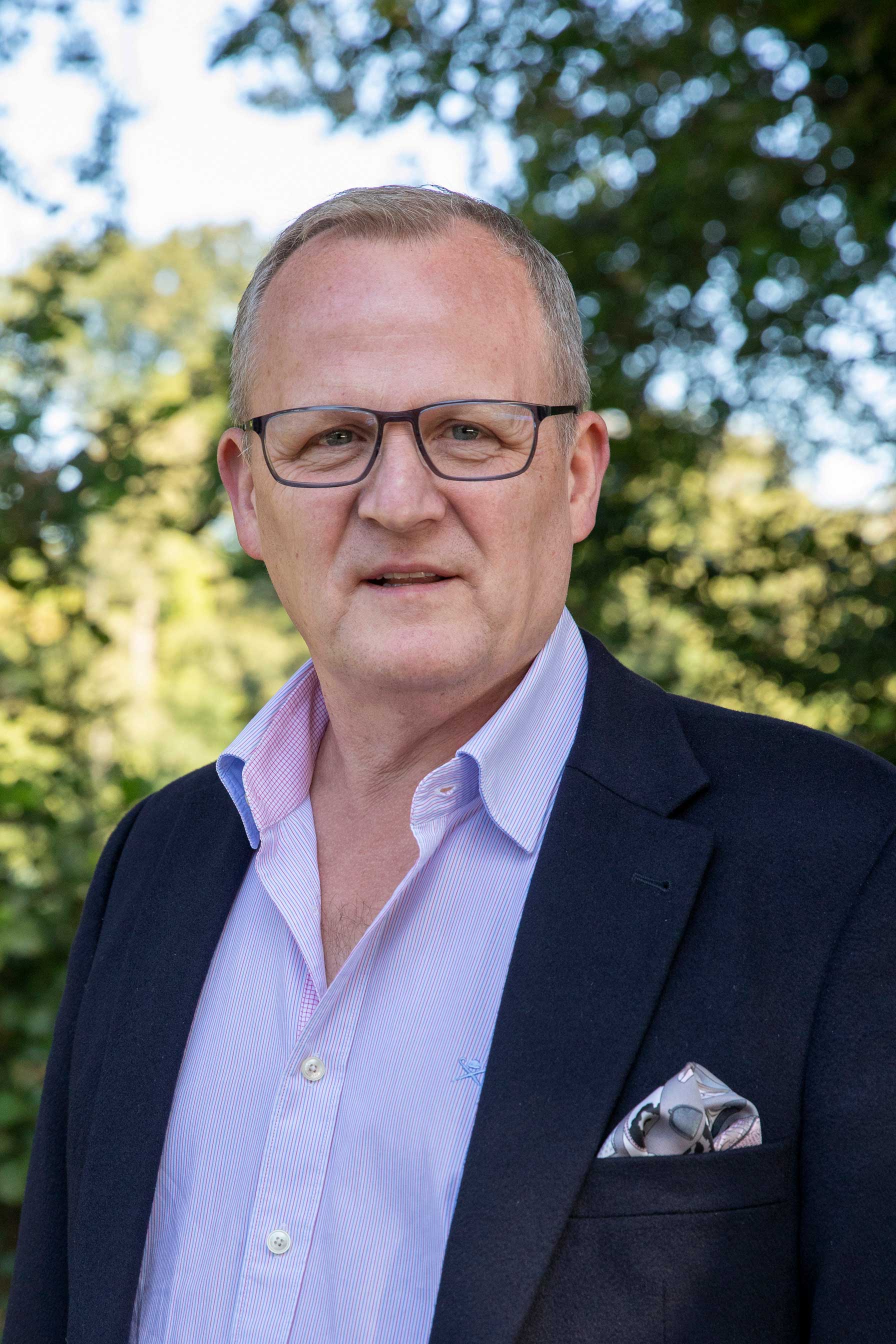 Nick spent over 31 years working for several asset management organisations, the last 17 years as a Managing Director with BlackRock, currently the world’s largest asset manager. Nick spent almost all of his career as a fund manager specialising in UK Equities. In addition to a BA in Economics, he also has a Masters Degree in Finance from the London Business School. Nick chairs the Investment Committee and also sits on the Audit Committee.

As well as his work with The Land Trust, Nick is also a member of the Investment Committee of the Nursing and Midwifery Council. 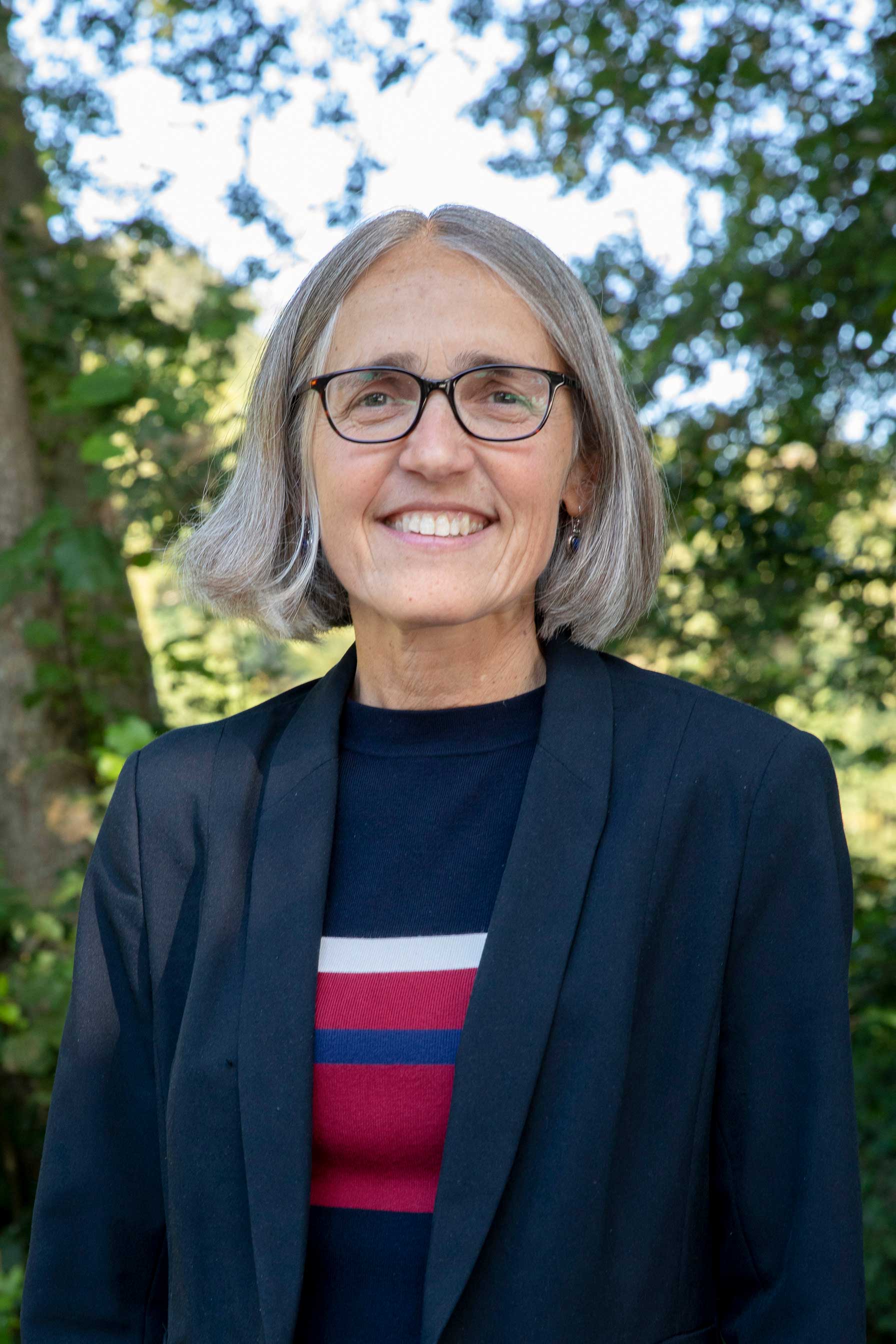 Deborah was appointed to the board of Trustees in December 2019.

She brings 30 years’ experience as a Senior Investment Banker primarily as a Director for Barclays Investment Bank and Merrill Lynch. She is now a Non-Executive Director and member of the Investment Committee of The Methodist Insurance Company.and a pension fund trustee for the Leprosy Mission International. 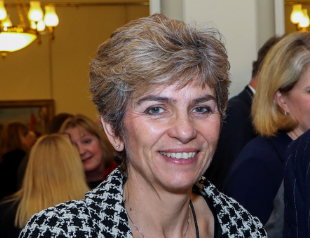 Sandra was appointed to the Board of Trustees in December 2019.

A Chartered Accountant, she was formerly Finance Director of the Canal & River Trust. Prior to that she spent eight years as Finance Director at NHBC (the National House Building Council). She is a Non-Executive director of Finsbury Growth & Income Trust plc as well as being Chair and Governer of Headington School in Oxford. She previously held senior finance positions in the commercial sector, most notably for BMW GB.

It is a privilege to work for an organisation that puts communities at the heart of its work. The knowledge that I am helping to provide a better environment, especially in areas where open green space is in short supply, is what motivates and inspires me.