A new leaflet guiding visitors around new trails at the popular Countess of Chester Country Park, has been developed thanks to a grant of £4,240 from the British Land Reclamation Society.

The leaflet will guide users around the new 2.2 mile Cultural Trail and the 1.9 mile Poppy Trail.

The Cultural Trail will take visitors around the many art and heritage sites in and around the Country Park and runs past Simon O’Rourke’s iconic Mother and Child sculpture on Countess Way and past the original entrance of Chester’s former landfill site which closed in the 1970’s. The walk finishes nearby the Queen’s Commonwealth Canopy. 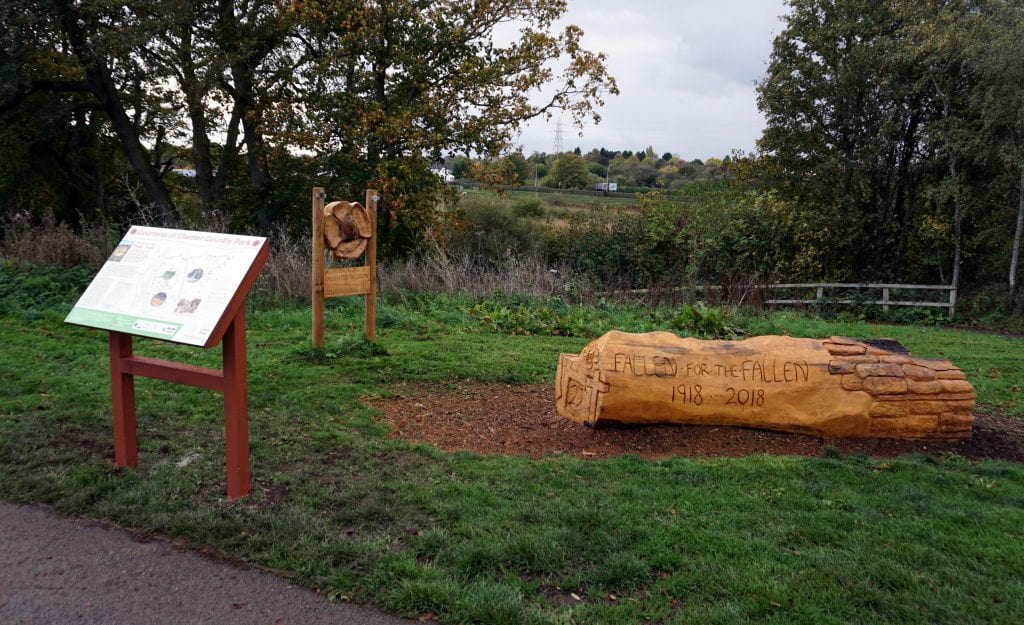 The Poppy Trail, created and installed in 2018 to mark the centenary of the end of the First World War, begins at the Upton War Memorial and along the local streets before following a bridleway to the Northern entrance of the Country Park. It then heads south to a memorial bench carved from a fallen tree. Along the route there are 15 carved poppies which remember the 27 fallen soldiers of Upton.

As well as the leaflet the funding also paid for new marker discs so that the trails are signposted, making them easier for visitors to follow. The money also paid for the creation of the new willow fox which has now been installed on the site.# 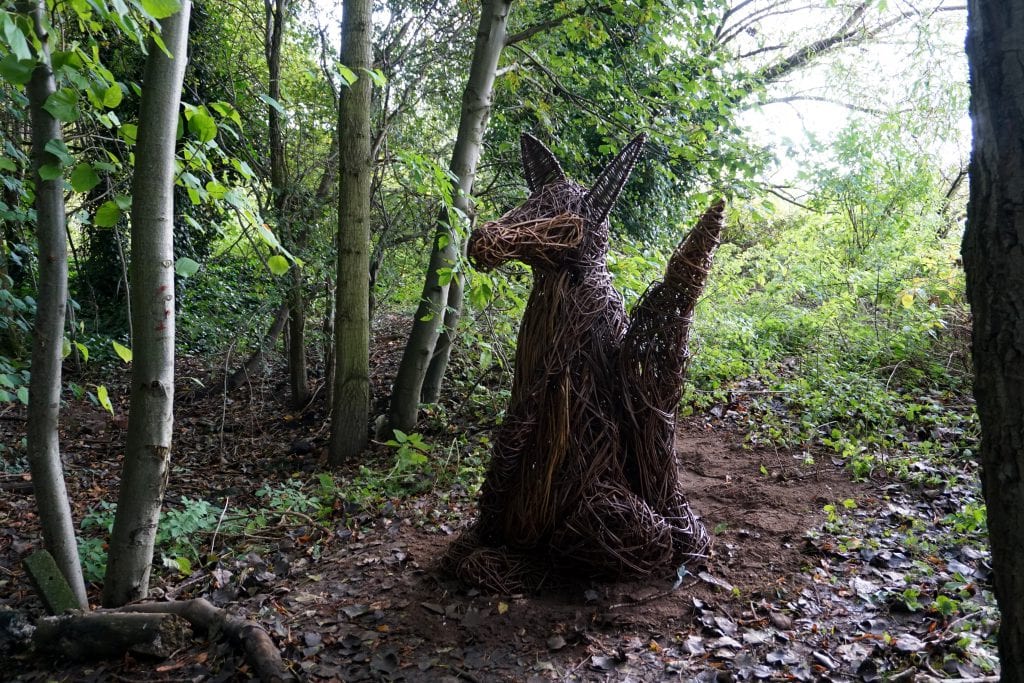 “We were delighted to receive this grant from the British Land Reclamation Society and we hope the new leaflet and trails will provide visitors to the Countess with an experience that will improve their health and wellbeing but also help them learn about the unique history of the area.

“Since the Countess opened as a country park in 2014, we’ve been really proud of the impact it has had on the local community with thousands of people now using the site every year.

“I would also like to thank the amazing volunteer workforce and Friends Group that we have at the Countess of Chester Country Park. The hard work and hours they dedicate to the site is so inspiring and allows us to achieve so much more.”

More information about the leaflet and new trails can be found on the Land Trust website at https://thelandtrust.org.uk/space/countess-of-chester-country-park/?