Mike Little was named Volunteer of the Year at the Land Trust Awards 2018.

Mike was recognised for his tireless commitment on the Land Trust site at Knowle Haven which has seen him give up over 1,500 hours of his time over the last 11 months.

He opens up and litter picks Knowle Haven and Myles Lane every day and has completed much of the development of the Haven by himself, learning new skills and undertaking training to benefit the site and his own personal development.

This training allowed Mike to relay the car park which had developed a problem with flooding.

Mike, who suffers from a degenerative bone disease, credits the work he does at Knowle Haven, with a significant improvement in his physical and mental well-being.

“Mike is a very worthy winner of our Volunteer of the Year prize.

“Volunteers play an absolutely crucial role in the success of our sites across the country and Mike is a shining example of the incredible impact that a volunteer can make.

“Quite simply Knowle Haven would still be a plan on paper but for the enthusiastic, resourceful and transformational role Mike has played in its creation and ongoing development.”

As well as his work for the Land Trust, Mike is known by everyone in his community for his dedication and devotion to others that saw him recognised by his local parish as Citizen of the Year.

Two other volunteers were also highly commended in this category.

Morag Scargill was commended for her efforts with a number of projects at Countess of Chester Country Park while Jake Millard was recognised for nearly a decade of service at Warren House. 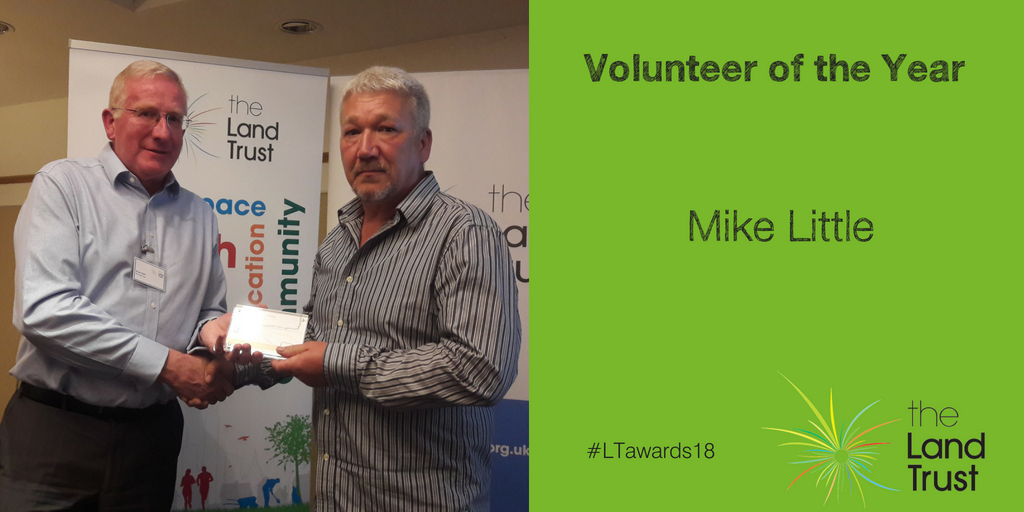 It is great to see people using the sites I manage, even if they often don't realise the work involved in keeping them safe and welcoming.