Land Trust Chief Executive, Euan Hall, has announced his intention to retire from the charity at the end of June after 18 years at the helm.

Hall, who has been Chief Executive of the Land Trust since it was established in 2004, leaves the Trust with nearly 90 sites and 2,500 hectares under ownership and management, together with investment funding of c£190m and making a positive difference to millions of people’s lives.

“While we are very sad to be losing Euan from the Land Trust I want to take this opportunity to thank him for everything he has done over the last 18 years.

“Quite simply the Land Trust would not exist without him. His work creating the Trust, leading it through its initial pilot phase with Homes England and establishing it as a fully independent charity in 2010 is to be greatly admired. Thanks to his tireless drive, commitment and dedication the Land Trust is now managing and protecting some wonderful green spaces across the country that are making such a significant difference to so many people.

“This difference has never been more evident than over the last two years where our green spaces have been a crucial lifeline for people, particularly for their mental and physical wellbeing, throughout the pandemic. Euan has led the Trust through an incredibly challenging period with calmness and assurance and I have enormous respect for the way he has inspired the Land Trust team and Managing Partners to continue to deliver significant charitable impact despite all the obstacles posed by Covid-19.

“While he is choosing to step away from the day to day running of the charity I know that we will still be able to call on his vast wealth of knowledge and experience as the Trust continues to grow and develop over the next few years.

“It has been my great pleasure to work alongside him and I wish him a very happy, and well deserved, retirement.” 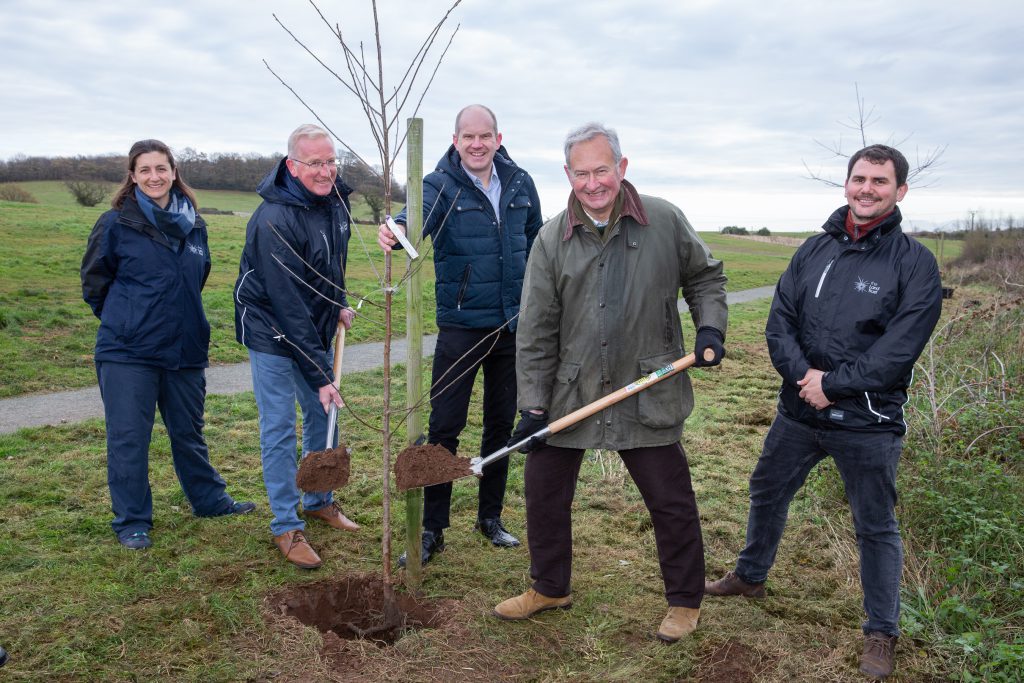 After the Trust was established as an independent charity in 2010 it continued to go from strength to strength. The Trust not only protected well established green spaces but under Hall’s leadership it became an organisation capable of transforming previously derelict or unused spaces into vital community assets.

Nowhere was this more evident than at Port Sunlight River Park and the Avenue Country Park. Port Sunlight was transformed from a closed landfill site to a 28 hectare Country Park that has encouraged investment in the local area, increased property prices and delivered significant economic and social value. 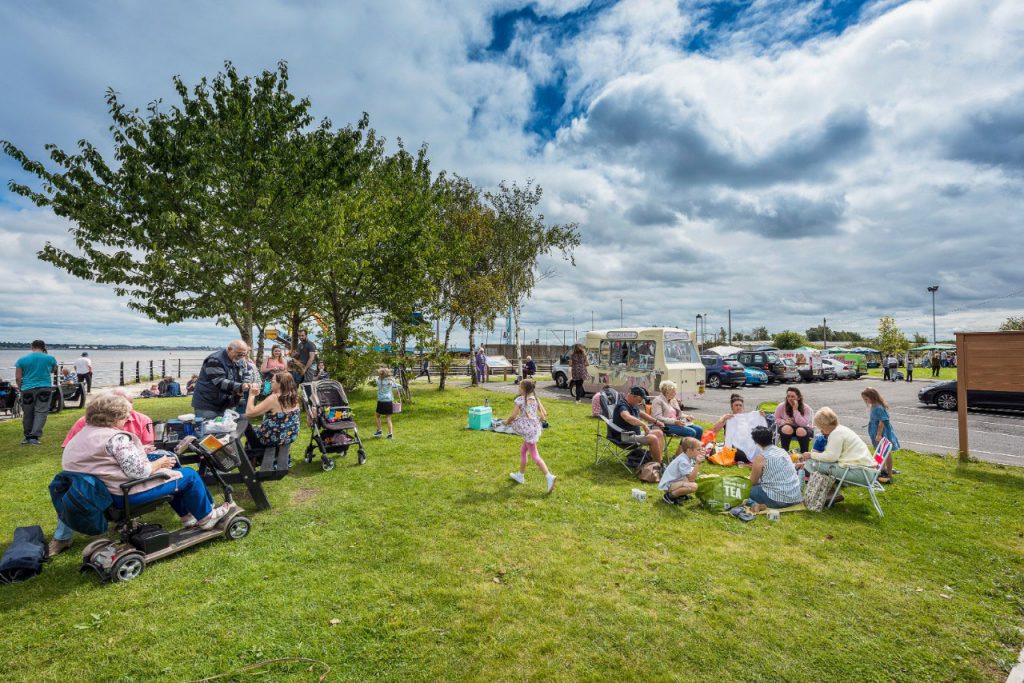 At the Avenue, the Trust has taken ownership of what was once one of the most polluted sites in Europe and is now delivering a green space that has become a beautiful haven for wildlife.

“I retire from the Land Trust incredibly proud of all that we have achieved over the last 18 years. From humble beginnings we now have nearly 90 sites under our ownership and management and we are making an enormously positive difference to people’s lives.

“The past two years have been challenging for us all but I’m incredibly proud of the way the Trust has come through it. This has been down to the incredible dedication and commitment of our staff team and Managing Partners and I would like to pay tribute to all my colleagues both past and present who have made the last 18 years so successful and enjoyable.

“Whether it’s through improving people’s physical and mental wellbeing or providing educational opportunities and training our green spaces make an enormous difference. They are the glue that builds and strengthens communities. Quite simply our work – and our green spaces – changes lives.

“I am very satisfied that I leave the Trust in a robust and sustainable position and with a very bright future ahead of it. I look forward to seeing it continue to thrive for many years to come.”

Prior to his work for the Land Trust, Hall was English Partnerships (now Homes England) Divisional Director with responsibility for the £400 million National Coalfields Programme. He also served as Chair of the British Land Reclamation Society (BLRS) and is a former non-executive Director of CL:AIRE (Contaminated Land: Applications in Real Environments).

In the last few years Hall has led the Trust in a new direction, working with some of the biggest property developers in the country to take on the ownership and management of public open space within property developments. The Trust currently has eight of these sites under management (circa 5,000 homes) and a strong development pipeline which should see many more transfer to the Land Trust in future years. 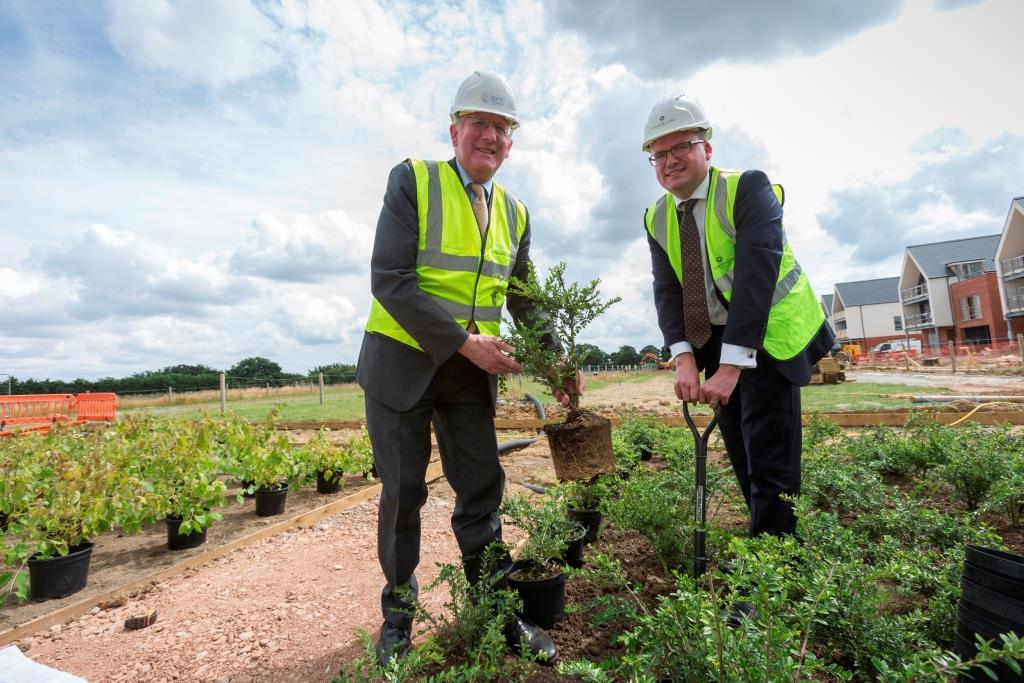 On Hall’s retirement in June, the Trust’s Director of Operations, Alan Carter will be appointed as Interim Chief Executive while the recruitment campaign begins.

“I have really enjoyed working alongside Euan during my time at the Land Trust and he leaves behind a fantastic legacy.

“His passion for green spaces, and the role they can play in building communities and benefiting wider society, is incredibly inspiring.

“Euan is a wonderful advocate for green space and will be sorely missed by everyone at the Land Trust and beyond.”