A new sculpture depicting a dragonfly has been unveiled at Canvey Wick nature reserve this week.

The sculpture, made using recycled materials, celebrates the reserve’s industrial past and subsequent transformation into one of the UK’s most important sites for the conservation of endangered invertebrates.

The sculpture was commissioned by The Land Trust, who own the reserve, and has been installed on a mount designed to resemble a leaf by Artfabs.

The Land Trust took ownership of Canvey Wick in 2012 and entered into a partnership with the RSPB and Buglife to manage the nature reserve. In September 2014 the site became Britain’s first bug reserve and opened to the public.

“Canvey Wick has been a great achievement in invertebrate conservation and shows how organisations can come together and successfully deliver for nature. It’s amazing how Ptolemy has managed to create such a stunning sculpture using materials left over from the site’s industrial past, showing that abandoned landscapes aren’t always what they seem.”

The sculpture was created by Ptolemy Elrington of Hubcap Creatures who said:

“It was enormous fun to make and I’m very proud to contribute in some way to drawing attention to the importance of this special site for insect life. I hope that it encourages further education into why our native insects are so important and need protection.”

Canvey Wick gained Site of Special Scientific Interest (SSSI) status in 2005, protecting the site for its importance to UK wildlife.

The reserve is home to rare invertebrates such as the shrill carder bee, brown-banded carder bee and five-banded weevil wasp.

“Canvey Wick is a prime example of how nature can take back brownfield sites and why we need to protect similar sites that have such great value for wildlife and people. The new sculpture captures the essence of Canvey Wick’s past as a place of industry and its present as a home for nature. I hope it will inspire people to look more at the nature around them, especially in the places you might least expect to find it.”

As well as invertebrates, Canvey Wick is home to large numbers of orchids, which thrive in the site’s nutrient poor soils. Recent surveys found 1,700 common spotted orchids, 500 pyramidal orchids and 25 of the much less common bee orchid. 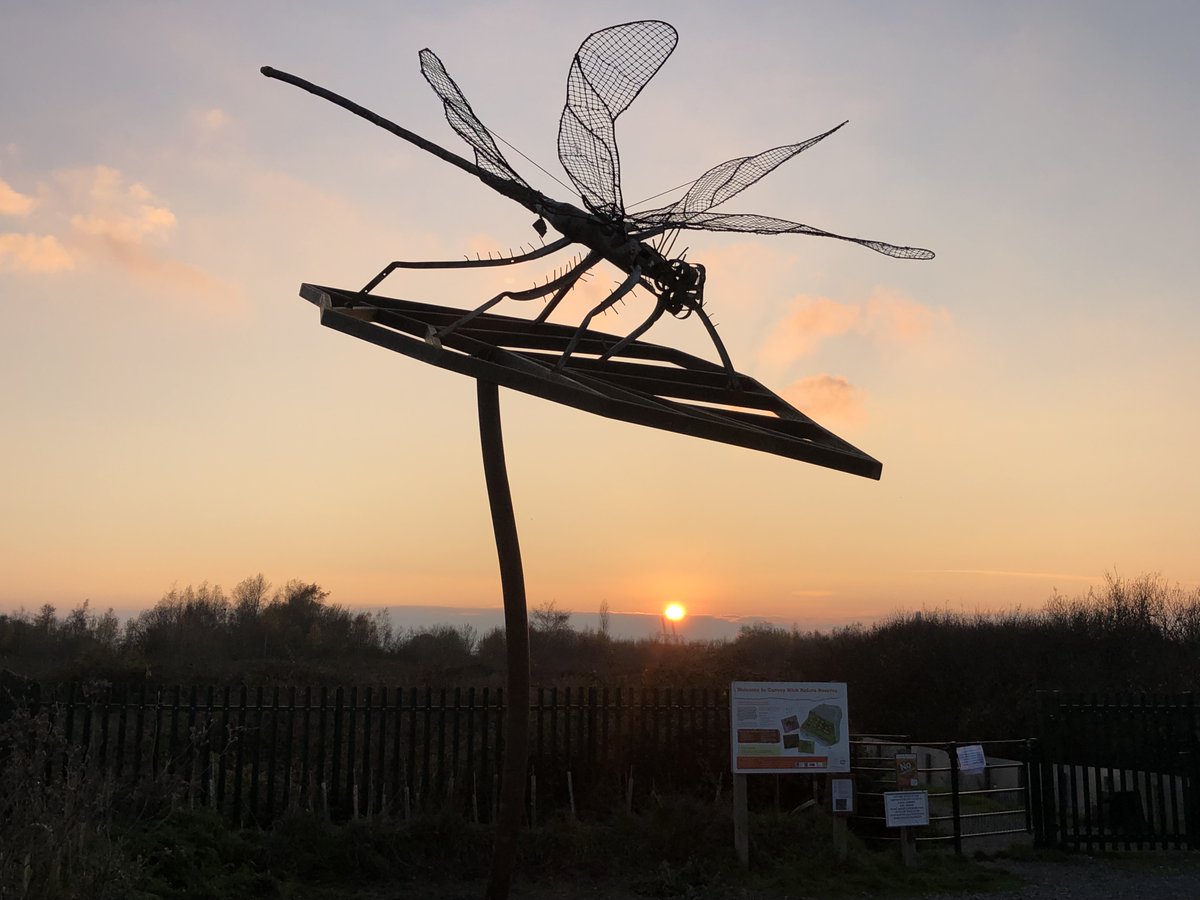