MP for Aldershot Leo Docherty visited Land Trust site Wellesley Woodlands on Friday 20 April and praised the area, saying it was ‘wonderful to witness the positive impact it has had on the local community.’

Docherty, who was elected MP for the area at last year’s General Election, and a former British Army Officer who served in Iraq and Afghanistan, was given a tour of Wellesley by Land Trust Estate Officer Steve Crosby.

As well as being given a tour of the Woodlands, Mr Docherty scattered seeds on the site as part of the Ribbon of Poppies initiative which has seen poppies sown across the country to mark the centenary of the end of World War One.

“I was delighted to be able to spend some time at Wellesley Woodlands.

“Well managed green space such as Wellesley is brilliant for people’s physical and mental well-being and it has been wonderful to witness the positive impact it has had on the local community and the residents who live nearby.

“The Ribbon of Poppies is a brilliant initiative and it was a privilege to be able to scatter some seeds at the site to pay tribute to all those who served in World War One.”

Mr Docherty was joined on his tour of Wellesley and for the scattering of the seeds by Garrison Commander Lieutenant Colonel Mac MacGregor, Senior Chaplain for the 101 Brigade Colin Bell and Chaplain for the 27 Regiment Royal Logistics Corps, Steve Franklin.

“It was great to be able to show Mr Docherty around Wellesley Woodlands and highlight the significant progress that has been made since the Land Trust took ownership of the site in 2014.

“The Land Trust’s vision is to provide beautiful green open spaces that will benefit local people and wildlife and over the last few years Wellesley Woodlands has become a vibrant hub for the community.

“With over 200,000 visitors annually Wellesley is a wonderful demonstration of the positives that green space can bring to a local area.”

Wellesley Woodlands forms part of Wellesley, an exciting development of 3,850 new homes being delivered by Grainger plc on former Garrison land in Aldershot. The woodlands are a collection of natural areas brimming with wildlife, lush greenery and a network of footpaths on former Ministry of Defence training land.

The Land Trust is working in partnership with Grainger to achieve their vision of a site that provides beautiful green open spaces that will benefit local people and wildlife. 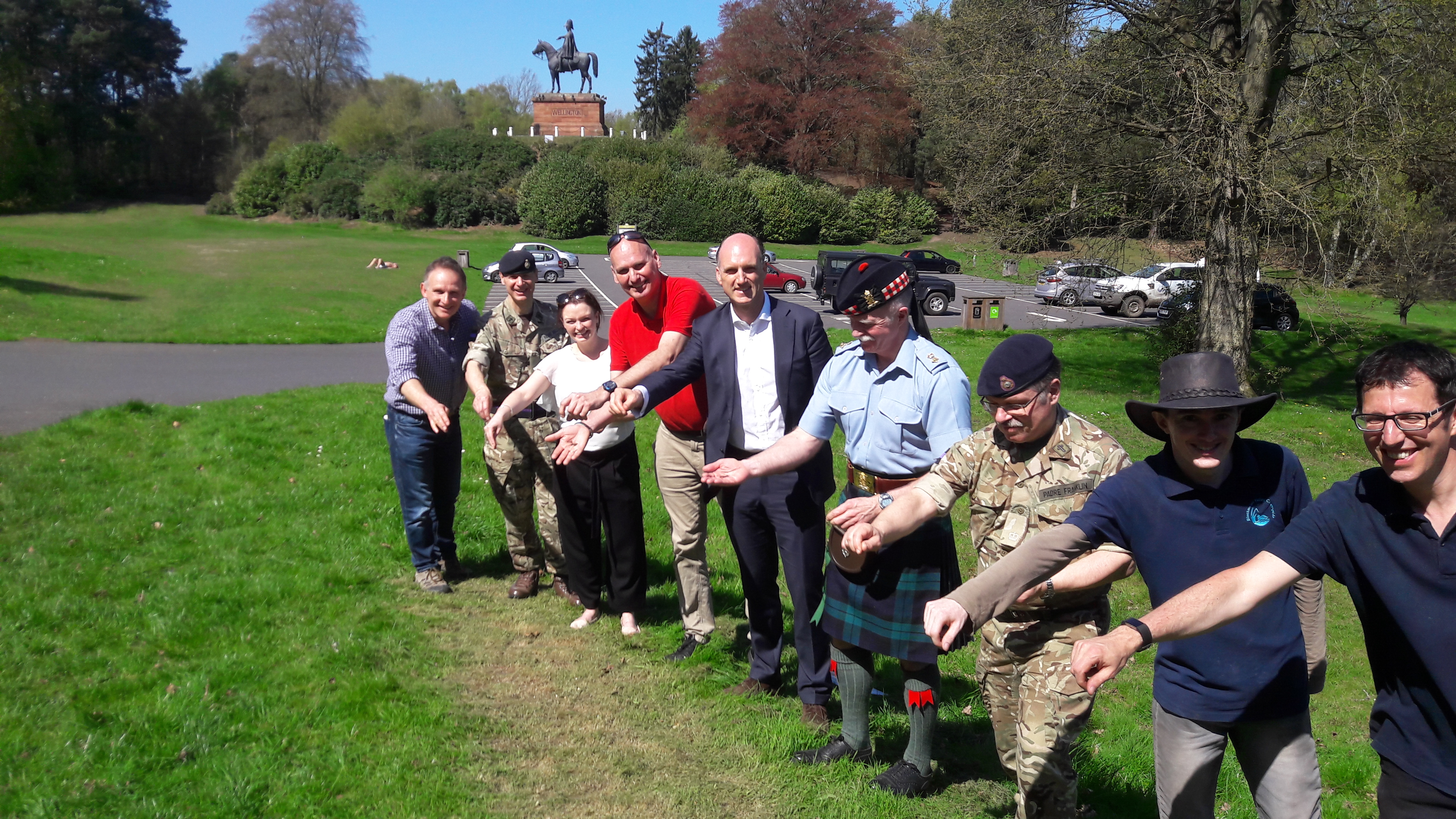