This paper, written by Land Trust Chief Executive Euan Hall and originally published in the Journal of Urban Regeneration and Renewal, explores the challenges and the importance of long-term stewardship of green spaces. It looks at the role they play in bringing communities together and creating great places for people to live, work and play. It explores past mistakes and provides evidence for the positive impact green infrastructure can make in health and well-being, community and social cohesion and the economy.

Since the Land Trust was established in 2004, the charity has had a positive impact on so many areas of society. Initially established as a pilot for English Partnerships, the Trust has grown into an independent charity with responsibility for over 80 green spaces across England, and from its humble beginnings is now changing millions of people’s lives for the better every year.
The Trust’s five charitable objectives of health, education, economy, environment and biodiversity, and community cohesion are the pillars that drive its work. Looking ahead to the next 15 years, the Trust recognises the responsibility it has to help tackle some of the biggest issues facing our country.

Whether it is through improving people’s physical and mental well-being, providing people with educational opportunities and training, or reducing social isolation by bringing communities together through the use of green spaces, the work of the Trust is making a positive impact. There are also many other organisations across the country making, and having, a similar impact.
Many of these organisations have their own special area of focus and what makes the Land Trust so unique is its ability to transform previously derelict, unused or unwanted pieces of land into places that are good for nature and biodiversity and enjoyed by millions of people every year.

With an expanding population, the need for new housing has never been more acute. What often gets forgotten or neglected, however, is how these new properties and developments are transformed into communities and houses turned into homes. One area where the Trust is making a real difference is in building these new communities.

The Land Trust recognises that creating a new community does not end when the houses are completed. This is just the beginning in helping to build a new, healthy, thriving and inclusive community.

The success of a place should be judged on how the green space within a development looks in five, 10 or 20 years’ time and the impact it has had on the people who call it home. 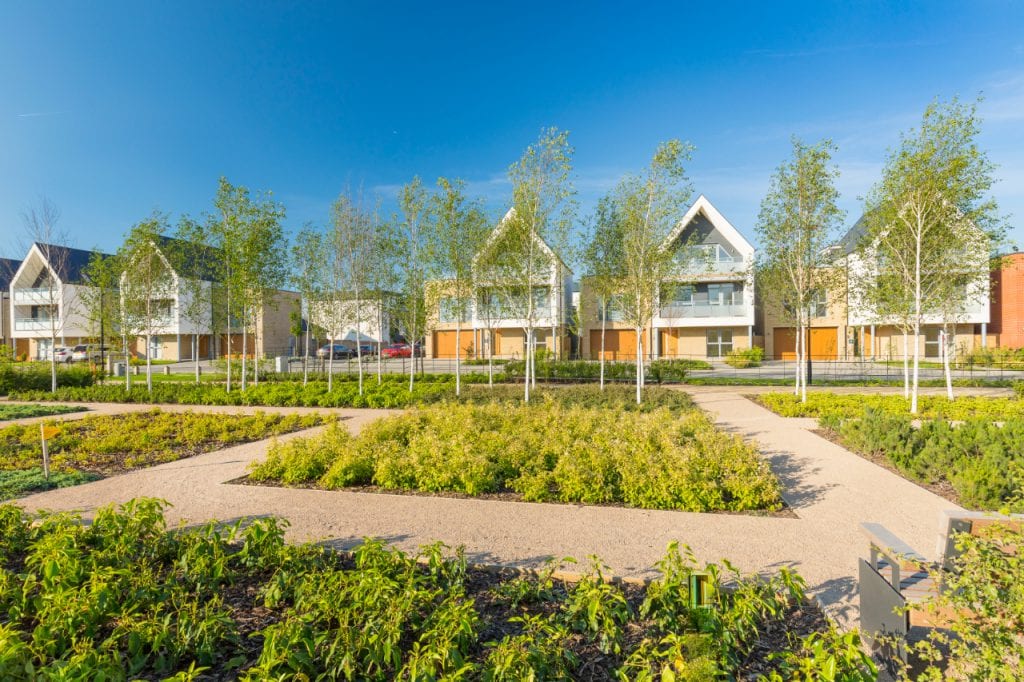 Similarly, the creation of the green spaces — the parks, play areas, green corridors and nature areas — is just the start of a much bigger challenge: how to ensure they remain fit for purpose in the long term while fulfilling all the other expectations placed upon them in relation to community cohesion, health and wellbeing, education and learning, jobs and prosperity and more. These benefits do not happen by accident; they are created by how the green spaces are used and managed. This requires the right vision, management, governance and funding structures.

Being involved from the planning stages and working in partnership and collaboration with strategic developers is key to helping them deliver a place where people want to live, work and play.

For key decision and policy makers to take the impact of green spaces seriously, however, a solid base of evidence about the benefits of green spaces and the roles they play in building new communities is vitally important. This paper explores evidence the Trust has gathered, working with a variety of partner organisations, as well as drawing on a number of other areas of research.

With an ever-expanding population the need for new, high-quality housing in the UK has never been more acute. Record numbers of homes are being built in the UK each year, although the numbers still fall well below government targets. The challenge with new developments, however, is how to turn them into communities. For these developments to thrive, the challenge is to turn houses into homes and neighbours into friends.

In decades gone by, that sense of feeling of community was a huge part of everyday life. Often, many generations of families would live in the same homes for years and decades at a time. In many cases these emotional connections were worth far more than the homes in which they lived, most of which became increasingly derelict over time. While many of these families did not have huge amounts of money, or indeed much hope of future economic prosperity, they were rich in other ways. Their children would play together, while the parents became friends.

Over time the families that called these areas home were gradually moved into new housing stock. While the homes may have been considered of a better standard, one key area was frequently neglected. The public open space within the new ‘communities’ was either non-existent or neglected, with no long-term plan in place for how these areas would be looked after and developed. The inevitable result of this was that they were allowed to fall into disrepair and the families that had moved there for the hope of a better life lacked the sense of community, and the positive emotional well-being benefits that accompanied it.

Nowhere was this more evident than in Scotland, and it is an issue that dates back over a century. The problem was a simple one — and one that still resonates today — of supply and demand.

With the need for more places for people to live in most of our major cities, the solution was to build upwards, and high-rise buildings became a familiar sight across the urban landscape. The ambition was to clear the slums. While this temporarily eased the housing shortage, the underlying problems remained, so developers started looking outside the walls of the city and new peripheral housing schemes were built. The schemes were basic, however, with few local amenities, and it was expensive to travel into the city where much of the adult population worked. 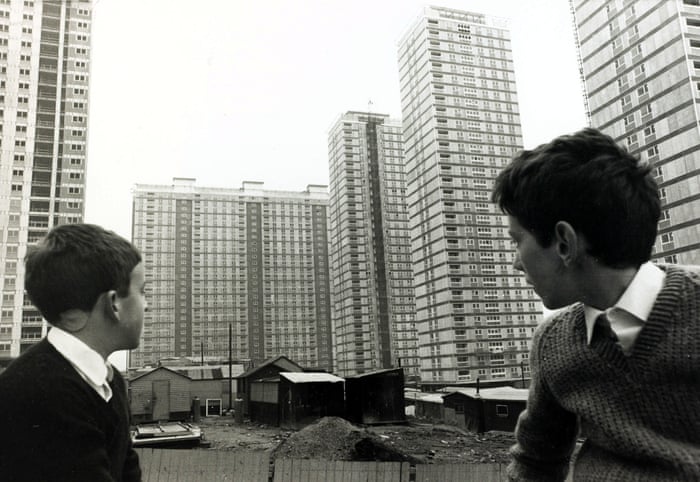 Families were moved across cities, losing contact with long-term neighbours and friends. Hundreds of families were thrown together in this new ‘melting pot’, with little or no thought given to what was needed to help rebuild broken and fragile communities. The public open spaces were often barren, uninteresting swathes of grassland. While the new homes may have been an improvement on the previous ‘slum’ housing, the damage was done. These barren areas rapidly became no-go areas for the ordinary community.

The result is that still, to this day, there are issues with housing stock and peripheral schemes across the UK.

You can read part two of this paper on the Land Trust website here.