Two bespoke commemorative benches have been installed on the Land Trust site at Airlift Hill.

The benches commemorate the work of the American personnel who served at RAF Burtonwood from 1940 to its closure in 1993 and the vital role that RAF Burtonwood played in the Berlin Airlift.

The two bespoke benches were designed in collaboration with Aldon Ferguson, the President of the RAF Burtonwood Association and funded by Omega Warrington.

The benches were delivered in a collaboration between Omega Warrington, the RAF Burtonwood Association, Warrington Borough Council, Great Sankey Parish Council and the Land Trust. They were installed next to the Pickett-Hamilton Fort at Airlift Hill, Great Sankey on Remembrance Weekend by staff of Castle Green Homes. 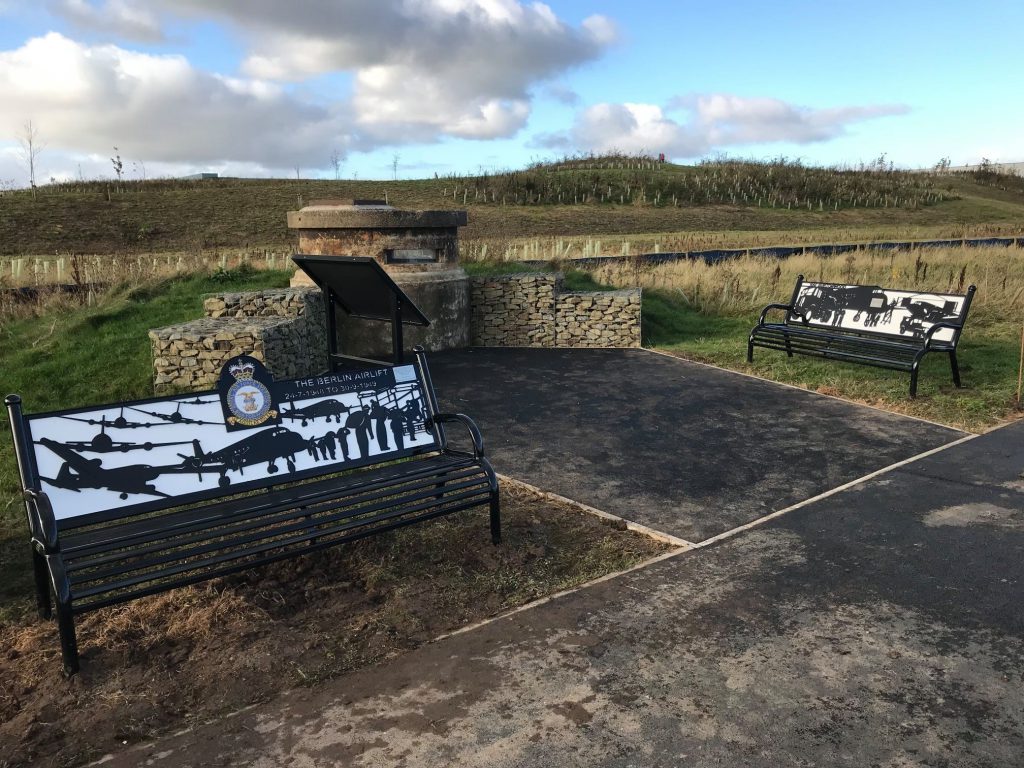 RAF Burtonwood was opened in 1940 and transferred to the US military in June 1942. It became the US Military’s ‘Base Air Depot No 1’ (BAD#1) and was the largest air base in Europe during the Second World War with the most USAF personnel and maintenance facilities. It eventually closed in 1993 and has since been redeveloped.

In June 1948, and after the post-war division of Germany, the Russians closed all the roads, railways and canals from Western-occupied Germany into Western-occupied Berlin, the Western Allies responded with the Berlin Airlift. ‘Operation Vittles’, as it became know, took place from 24 June 1948 to 30 September 1949 and supplied the people of West Berlin with all their needs; it was the biggest air lift in history.

RAF Burtonwood, played a central and vital role in the success of the Berlin Airlift. The main aircraft used in the operation was the C-54 Skymaster – and each aircraft needed to be serviced after every 200 hours of flight. Every C-54 Skymaster involved in the Berlin Airlift was serviced at RAF Burtonwood and the 200-hour overhaul was completed 1,571 times during the operation. 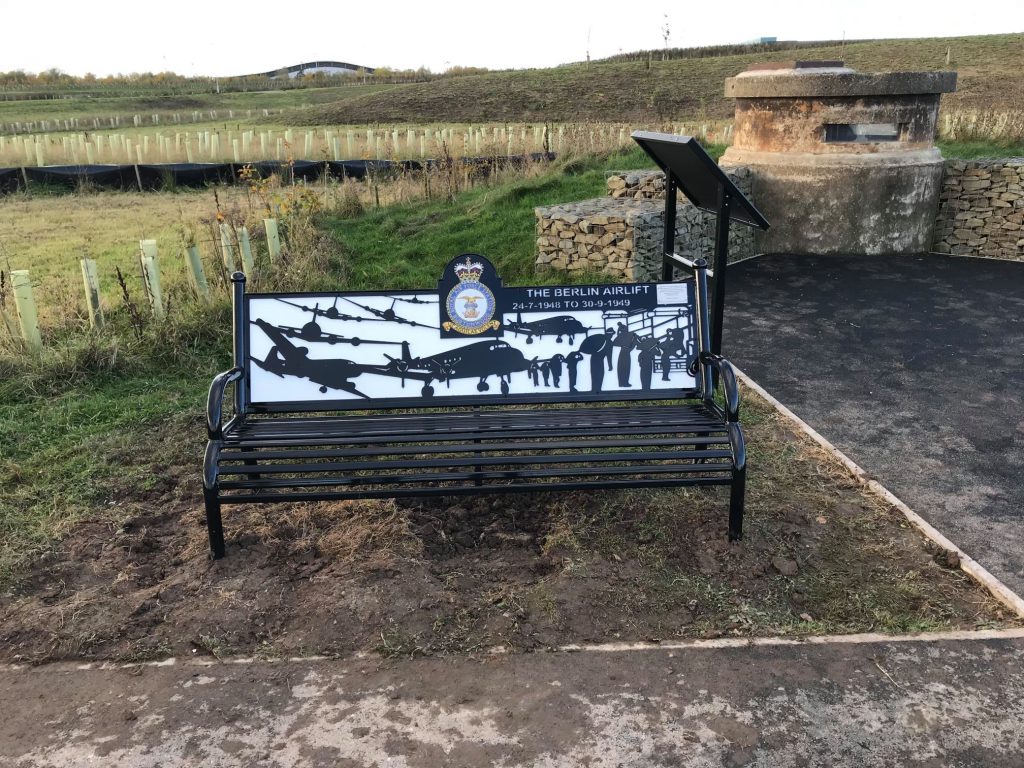 On May 12, 1949, the Soviets lifted the blockade and reopened the roads, canals and railway routes into the western half of the city. However, the Allies continued the airlift until September 1949 to stockpile supplies in Berlin in case the blockade was reinstated. There were approximately 5,000 USAF personnel on the RAF Burtonwood base by the end of the Berlin Airlift.

After the war, and the role in the Berlin Airlift, RAF Burtonwood became a major equipment storage and supply centre for the US Military in Europe before its eventual closure in 1993.

Airlift Hill now provides a nature haven and peaceful walking route for new homeowners, the business park and the wider community with over 40,000 new trees planted and thousands of metres of hedgerow created.

The park boasts views as far as Manchester and showcases the fascinating history of the site with a restored Pickett-Hamilton Fort at the base of the hill.

“Since opening last year Airlift Hill has become a very popular site with the local community with many people using it for their daily exercise, while the local school has used the space for a variety of different activities. The new memorial benches are a lovely recognition of the important role Airflift Hill played in our history.”

“The benches are a fitting and lasting commemoration to the base, its vital role in the Berlin Airlift and to all those who served at RAF Burtonwood. They look magnificent next to the PIcket-Hamilton Fort at Airlift Hill and I’m sure they will become a valued local landmark’.

For updates on the park, find its page on Facebook @Airlifthillwarrington.