The Land Trust > The impact of volunteering in local parks

The impact of volunteering in local parks

The Land Trust wouldn’t be able to achieve as much as we do without the hard work and dedication of our passionate volunteer workforce.

In 2018-19 volunteers spent over 45,000 hours on the Trust’s green spaces, delivering a huge range of activity, that not only has a positive effect on their own lives but also the lives of others.

Andy Scargill is one of those volunteers. Chair of the Friends of Countess of Chester Country Park, Andy and his dedicated team are on site on a regular basis helping deliver a wide range of activities that are attended by many people in the local community.

However, one project of particular pride and significance to the Land Trust and the team at the Countess was Fallen for the Fallen. 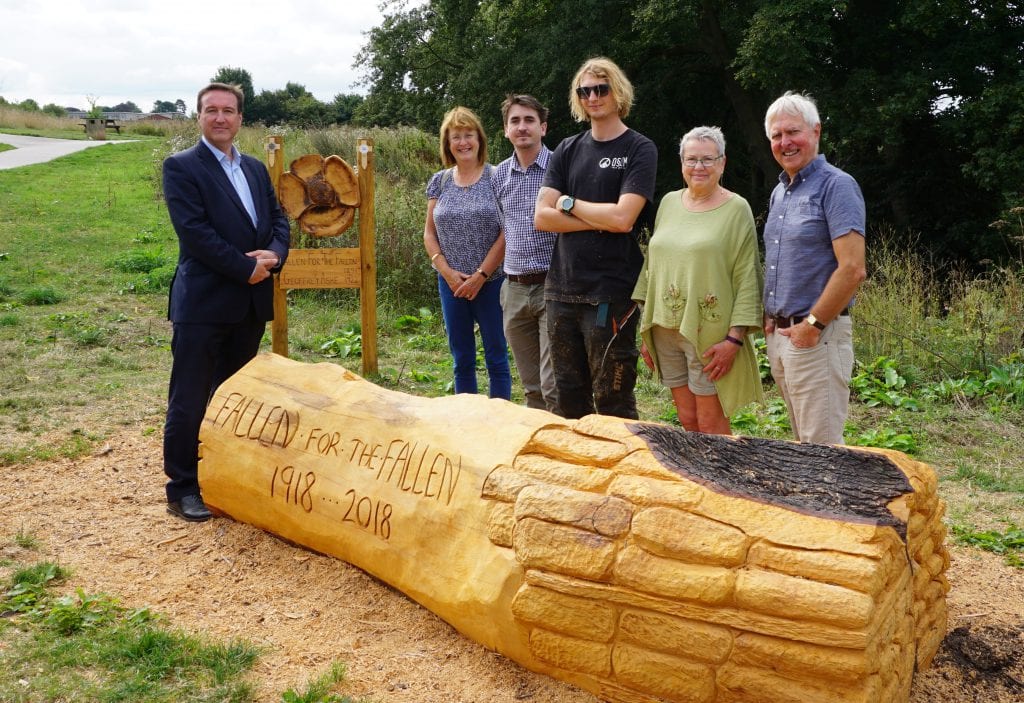 Andy takes up the story:

“Fallen for the Fallen grew out of a simple wish to somehow remember the 27 servicemen on the war memorial at Upton, who died in what can only be described as the unimaginable horror of the killing fields of France & Belgium, 100 years ago.

“The journey began with a tree being felled in a suburban road in Upton and it has ended with a permanent memory and a fitting tribute to those who fell, for us, 100 years ago.”

As Andy said the project used a cedar tree from the Upton area planted about the time of the Great War, which had come to the end of its life and had to be felled. The wood was used to create a three-kilometre walking trail of carved poppies beginning at the Upton War Memorial and finishing at a beautiful carved bench in the Country Park. The trail is designed to spark memories, not only of those who died during the Great War, and whose names are on the Upton War Memorial, but also of those who came back, often physically or mentally scarred.

The project was a great source of pride for Andy who explains how he first got involved in volunteering and the impact he sees that it has on others:

“For me, volunteering at the Country Park has been amazing. I first came in to support the volunteers and then suddenly realised that actually being a volunteer had a great impact upon my own life.

“We come across a whole variety of people in the park, not just the volunteers but also the visitors and I’ve lost track of the number of times people have come up to me and said that just being in the park is a vital part of their everyday life. There’s a lady who walks her dog and calls this her ‘wellbeing route’ and every night she has to do it. I’ve seen changes in the volunteers, people who have been signposted to us, who have become part of the group. They’ve become happier people and many have gained important social skills.”

He is also proud of the positive effect that spending time in the Country Park has had on young people. 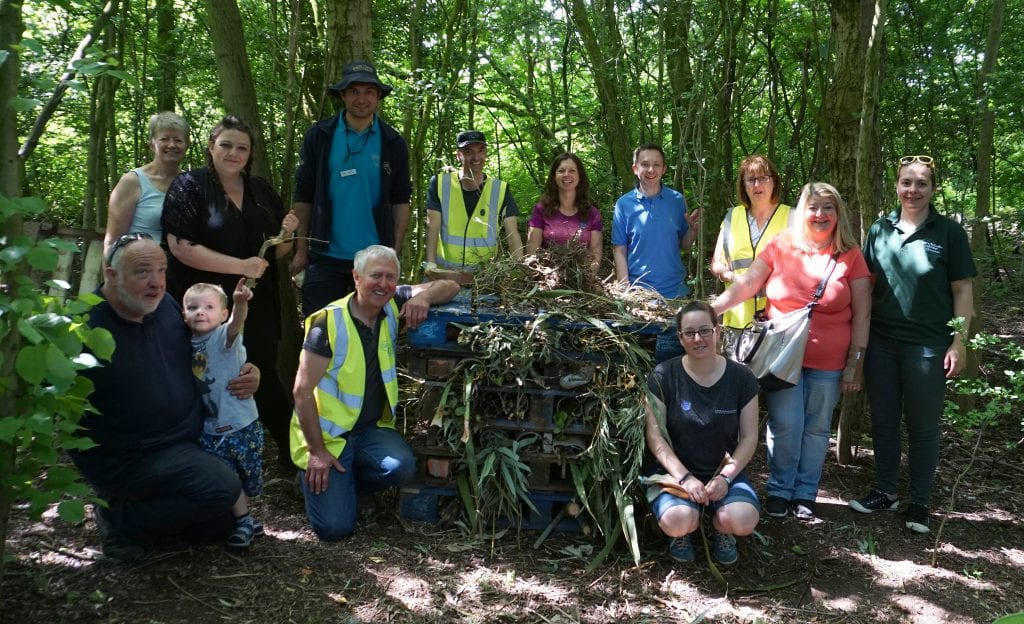 “The number of children that we’ve had come to the park who arrive with pretty glum faces and then by the time they leave they’re happy and smiling. Often soaking wet but they’ve had a great time.”

Alan Carter, Director of Portfolio Management for the Land Trust paid tribute to the efforts of Andy and his fellow volunteers across the country:

“It’s been another great year for volunteering at the Land Trust and Andy and his team are an amazing example of what our volunteers achieve across our portfolio of sites. We are so grateful for the time and commitment they give to the Land Trust and our green spaces.”

To read more about the impact of volunteering, take a look at our annual review. 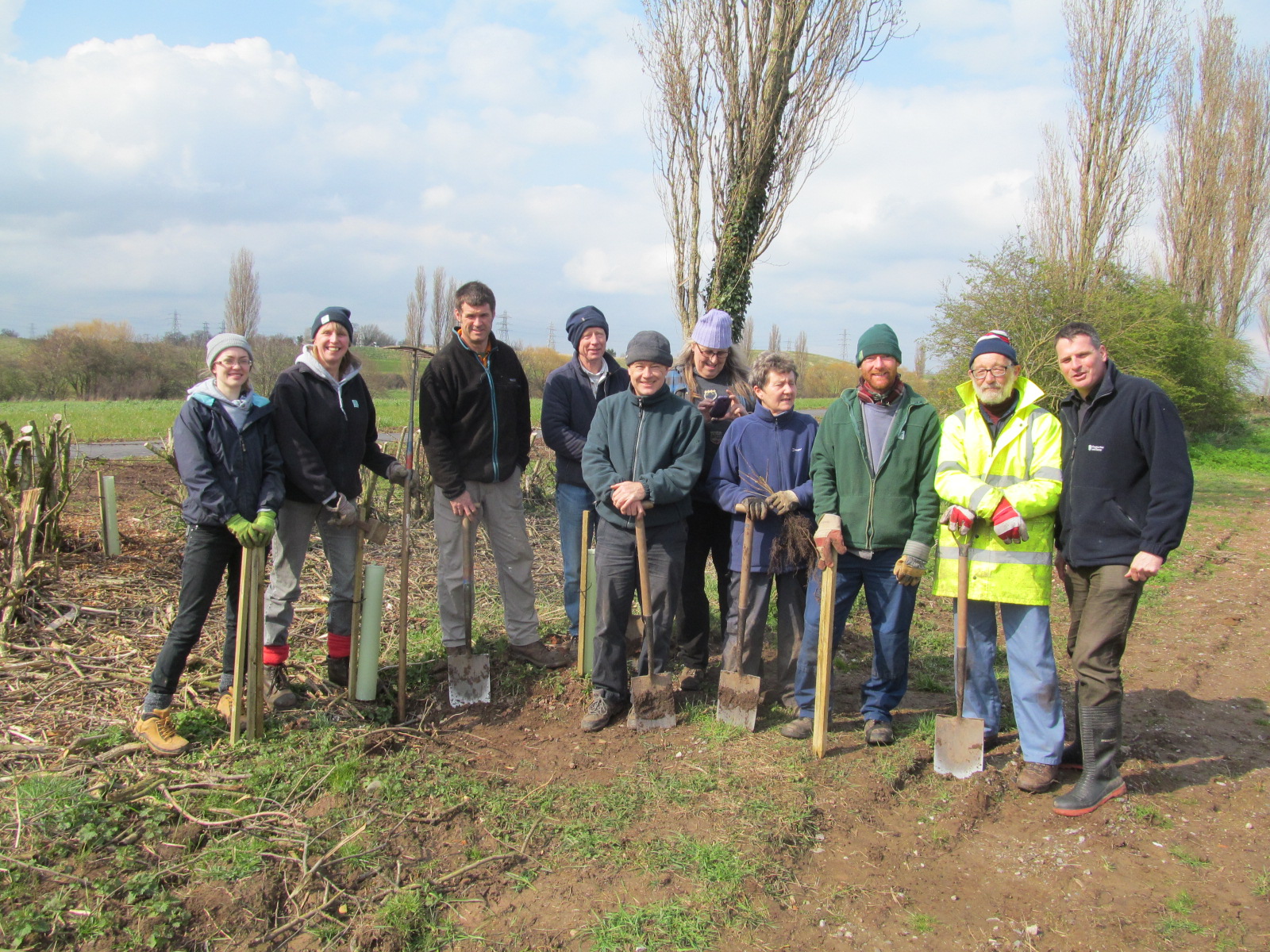 It's wonderful to look straight over the park and to get straight in and walk the dog. It's brilliant - I love it to bits!